Are You Misusing Common Idioms?

Who doesn’t love breaking out a well-worn idiom when the situation merits? We all 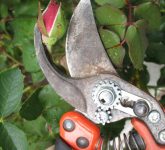 have a phrase (or two) in our repertoire that we’re quick to use. We may not be able to pinpoint where we first heard it, why we say it, or what it actually even means—and the funny part is, we often don’t say it (or write it) correctly!

There’s even a word for this tendency—eggcorn—which Merriam Webster’s defines as “a word or phrase that sounds like and is mistakenly used in a seemingly logical or plausible way for another word or phrase either on its own or as part of a set expression.”

Let’s dive right in and look at some common idioms—their meanings, origins, and whether we are actually saying or writing them correctly.

Have you ever told someone to “chock it up” to experience? You really should be telling them to chalk it up, a phrase that originates from pubs keeping track of bar tabs on a chalkboard.

When something is done satisfactorily, you may say it “passes mustard.” Nope. Leave the grey poupon out of it and instead say it passes muster. This phrase originates from a military term to do with assembling troops for inspection.

When you want to say, “essentially,” you may have used the phrase “for all intensive purposes.” Wrong. It’s for all intents and purposes, which is believed to have originated from sixteenth-century English law.

How often have you heard someone say, “It’s a doggy dog world”? Well, it’s not. The phrase they’re meaning to say is it’s a dog-eat-dog world, but that phrase is actually incorrect too! Its origin is a bastardization of the Latin phrase canis caninam non est, which roughly translates to “dogs don’t eat dog flesh.” So, if you use this phrase, you might want to replace it with something that makes sense.

Do you cringe a little when you hear someone say, “I could of,” or “I should of”? It makes no sense grammatically because “of” is a preposition, not a verb. The correct way to say it is I could have and I should have.

How many times have you heard someone say, “So I did a 360” when they mean they changed their mind and turned completely away from what they were intending to do? But a 360-degree rotation brings you back to exactly where you started, so if you want to use this phrase, say, So I did a 180.

When you’re searching for something and getting close, you may say you’re “honing in” on it. But what you’re really doing is homing in, because the verb home means to “get closer to” while the verb hone means to sharpen. Like we’re doing right now . . . honing your phrase skills.

Have you ever said something “tongue and cheek”? You may have thought you did, but you didn’t because the correct phrase is tongue-in-cheek. This phrase goes back to the 1800s and is associated with the idea of “suppressed mirth.”

Do you hold any “deep-seeded” beliefs? I hope not because the correct phrase is deep-seated, meaning firmly established.

Have you ever wanted to “extract revenge” on someone for treating you badly? You’ll have a better chance at success if you exact revenge, because in this phrase the word exact is used as a verb meaning to “demand” or “obtain.”

Maybe you don’t care what the correct phrase is. Perhaps you “could care less”? Wrong! What you mean is you couldn’t care less. If you could care less, that means you still care enough that it’s possible for you to still care less than you do.

Now that you know so much about phrases, you might think you have “free reign” to use them. You do, but just make sure you spell it correctly—it’s free rein, meaning you have unhampered freedom of movement or choice, not reign, meaning to rule over everyone.

Have you ever decided something on the fly? Maybe you say you’ll “play it by year”? You actually want to play it by ear, which originates from playing a song on an instrument without using sheet music and only your ear.

With all this knowledge, you’ll be a “shoe-in” at the next phrase trivia tournament! Or will you? Because it’s shoo-in, from the verb shoo, which means to drive an animal or person in a certain direction.

Stay tuned for our October blog about spooky and fun Halloween facts.