How Much Do You Know About Halloween Words & Traditions? 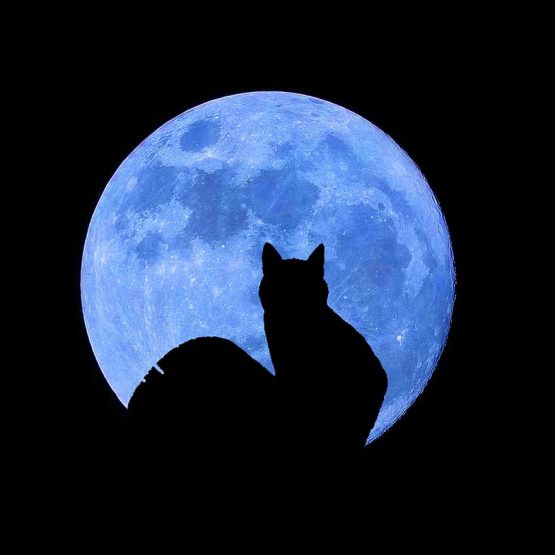 It’s mid-October and Halloween (also known as All Hallows’ Eve) will soon be upon us. This year has been a strange one, and it seems Halloween 2020 will be no exception.

On October 31, 2020, we will have not only a full moon but a rare blue moon. A blue moon happens when there is a second full moon within the same month. We had the first full moon on October 2, called a Harvest moon.

A blue moon on Halloween is very rare, so you can expect this Halloween to be that much spookier. Because of this, you’re going to need to know how to keep safe from the spirits that are believed to roam the earth on this night. So, let’s jump right in and learn some fun and spooky Halloween facts and superstitions to keep you well informed and safe!

Halloween is believed to have originated in Ireland around 4000 BC. They called it Samhain (pronounced SOW-in, rhymes with HOW-in). Samhain is a Celtic festival for the dead. Irish Celts believed that on this day, the dead roamed the earth. Because of this, they dressed up in costumes, hoping the spirits would see them as one of their own and leave them alone. They also left treats on their front doorsteps for the traveling ghosts.

It’s believed that Irish immigrants brought their Samhain traditions with them to the U.S., and that is the basis for our celebration of Halloween. But we are certainly not alone. Many countries around the world celebrate this day of the dead with their own traditions.

Druid priests used to burn the bones of animals on Halloween to ensure the sun would return after a long winter. These were known as bone fires, which is where the term bonfire is believed to have originated from.

Witches play a primary role in Halloween, with their bubbling cauldrons of potions. The word witch actually comes from the old English word wicce, meaning wise woman. Wiccans were once highly respected people in their communities.

And what would Halloween be without jack-o-lanterns! Who doesn’t love carving out a scary (or silly) face in a pumpkin, adding a candle, and displaying it on their front porch? But jack-o-lanterns weren’t always made out of pumpkins. They were originally carved from turnips, beets, and potatoes, and their purpose was to scare off evil spirits.

The term jack-o-lantern is believed to have come from a real man named Stingy Jack who, upon his death, was forbidden entry into heaven or hell. He was forced to roam the earth as a spirit, carrying a lantern that he used to try to lead unsuspecting travelers off their paths.

Here are some more spooky Halloween facts and superstitions:

2020 has been a very odd and disconcerting year. So, even if you aren’t going to be handing out candy on Halloween night, it wouldn’t hurt to wear that witch hat or goblin mask around the house and leave a little treat on your doorstep to help ward off any additional crises.