21 Common Grammar and Spelling Mistakes to Avoid in 2022, Part 1

The year 2021 has officially come to an end and the new year is upon us (thankfully!). That means it’s time to make resolutions for 2022. While you may be focused on improving your physical fitness, advancing your career, or achieving inner peace, you might also consider ways to improve your writing and grammar skills. 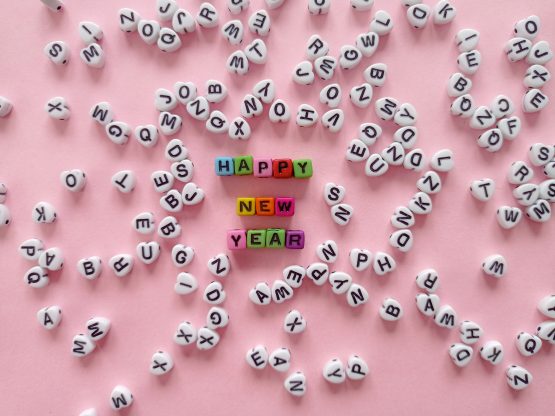 To that end, we have compiled a review of the most common grammar and spelling mistakes we saw this past year at Bullseye Communications, along with recommendations on how you can avoid them.

1. It’s/its
This is often used incorrectly, but the rule is simple. “It’s” is a contraction made up of “it” and “is.” “Its” is the possessive form of “it” and requires no apostrophe. So, if you mean “it is,” use it’s. In every other case, use “its” to make your point. For example, if you’re saying, “The mouse’s feet are tiny and its nose is pointy,” you need the possessive “it,” which is “its,” because if you use “it’s,” you are saying “it is nose is tiny.” Don’t do it!

2. Their/they’re/there
These three are often mixed up, but the rule is clear. “Their” shows possession. Their house. Their job. Their car. “They’re” means “they are” as in “they’re here” or “they’re gone.” “There” is a place. I left your car over there. You work there. There is my friend.

3. Your/you’re
“Your” shows possession—your car, your job, your house. “You’re” means “you are” as in you’re at work, you’re home, you’re at the gym. The apostrophe in “you’re” takes the place of the missing “a” in “are.” So, say the full two words “you are” when checking that your sentence is correct—“You’re [you are] in your car”—and you’ll know that “your in your car” is wrong!

4. Possessive apostrophes
Use an apostrophe with “s” (’s) when you want to show possession. To make something plural, not possessive, simply add “s.” So the sign, “Sale on orange’s and apple’s” is not correct. They’re selling apples, as in more than one apple, not making them possessive. “I work on Tuesday’s and Thursday’s” is also not correct for the same reason—if you work every Tuesday and every Thursday, then you would write, “I work on Tuesdays and Thursdays.”

5. Could of/should of/would of
These are wrong, wrong, wrong. The correct form is “could have,” “should have,” and “would have.” The word “of” is a preposition that is mostly used as a function word that expresses a relationship between two things. I’m not sure why, but the only example I can think of at the moment is King of Staten Island. That’s how my brain works. “Have” is a verb. “You could have seen that movie, but you had a change of heart.”

7. Lose/loose
Loose is often used where it should be “lose.” Lose means, among other things, to fail; to suffer loss; to misplace. Loose means, among other things, not tight; not dense; set free. Most of us know which one to use definition-wise, but we get tripped up with the spelling. My trick is to think of the word “goose” in place of loose because it’s pronounced exactly the same. So, if I’m writing, “I have nothing to loose,” I will read it as “goose” and know I’ve chosen the wrong spelling.

8. If I was/if I were
A tricky one! There is a common misconception that “if” should always be used with “were.” But the rule is that you should use “if I were” only in cases where what you’re saying can’t be true, is super far-fetched, or is contradictory to the truth. If it is true or could be true, use “if I was.” For example, “if I were 25” is correct if you’re writing this when you’re 40 because you can’t possibly be 25 again. But “if I was wrong” is correct because you could be wrong.

9. Miniscule/minuscule
This one gets misspelled a lot because it means tiny, so we assume it starts with “mini,” which makes sense. But the correct spelling is “minuscule.” When they invented the English language, they obviously chose these spellings to drive us crazy.

10. Advice/advise
These two are easy to mix up. “Advice” is a noun—an opinion offered. “Advise” is a verb—to recommend. I always look at the “ice” in advice (pronounced like “ice” in ice cubes) and that helps me make sure I’m using the correct one.

That’s it for Part 1 of our 2022 Grammar Goals! Stay tuned for 11 more common grammar mistakes in the Part 2 blog post coming in March.

In the meantime, don’t forget to have your important written communications proofread by a team of professional proofreaders. Wishing you a healthy, safe, and grammatically correct Happy New Year!